Do You Remember The Strangeloves?

Do you remember The Strangeloves?

Well, I ​remember them well.

​Because I was a member of that band (that's me in the middle next to the tree).

​The Strangeloves was a band allegedly made up of 3 brothers from Australia who were melodically named Miles, Niles and Giles Strange.

But, in fact, The Stangeloves was the fictitious creation of 3 New York record producers, Bob Feldman, Jerry Goldstein, and Richie Gottehrer (a/k/a FGG Productions). And, the "band" consisted of the 3 FGG producers and various studio musicians (including me).

​By the spring of 1965 after FGG created The Strangeloves, they had already produced several hit records for other artists, including the #1 hit, My Boyfriend's Back, by The Angels.

​In early 1965, FGG produced several songs, including most of The Stangeloves' releases. Among the songs recorded was the first Strangeloves' release, "I Want Candy," a Bo Diddley knock-off written by FGG along with Bang Records' co-owner, Bert Berns.

​Among the songs recorded during that time was one that was also written by Berns (under the name Bert Russell) and Wes Farrell. The name of the song was, "Hang on Sloopy." 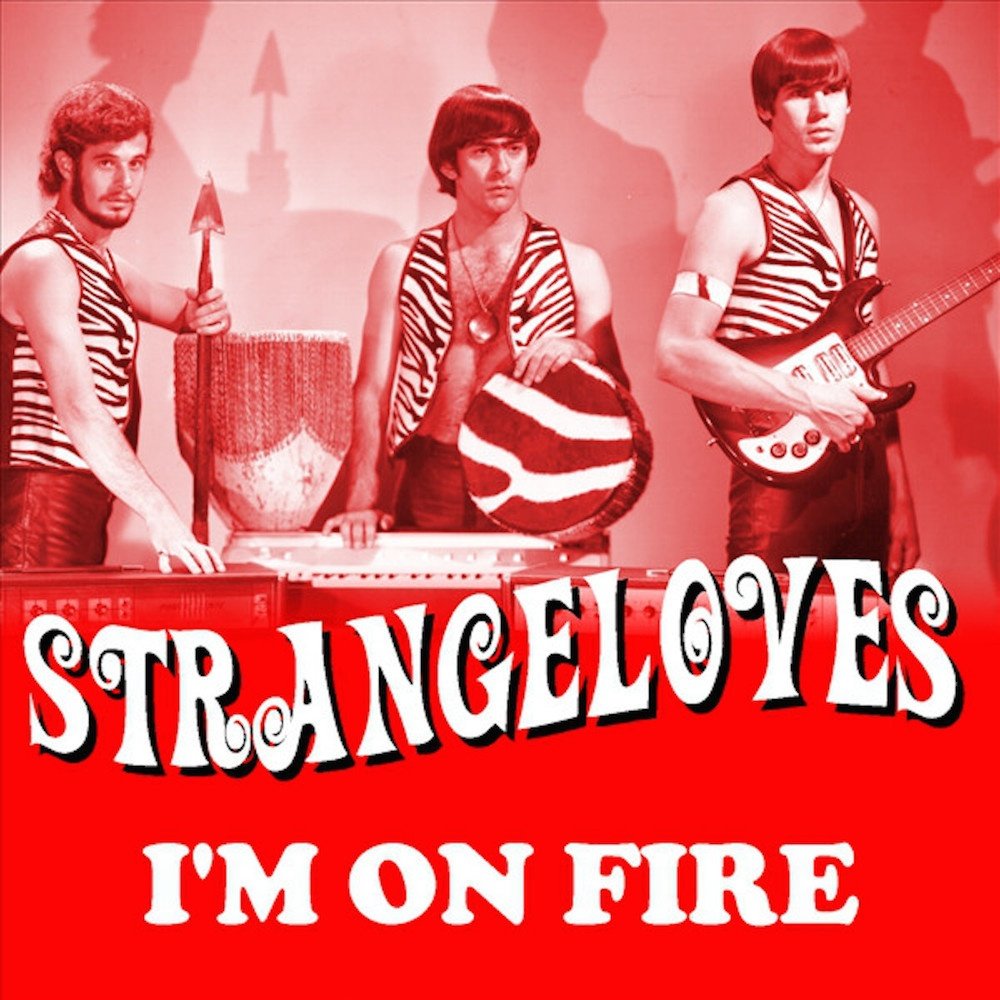 When "I Want Candy" ​started its rise up the charts, the 3 FGG producers went out on the road as The Strangeloves. This was a very short-lived venture, discovering they didn't like live performing.

Consequently, a few of us "studio guys" put on the leather pan​ts and Zebra-skinned vests and went on the road as The Strangeloves.

But, during FGG's short road trip, they discovered a young band in Ohio and brought them back to New York.

They recorded the lead vocal of 16-year-old Rick Zehringer (better known as Rick Derringer) over the music track of "Hang on Sloopy" that was already recorded earlier that year, then FGG released it under the band name, "The McCoys." It became a million selling #1 hit in October 1965.

​It was pretty funny, when we went on the road and performed "Sloopy," people would say, "Gee. You guys sound just like the record." We didn't have the heart to tell them we WERE the guys on the record. So, we just said, "Thanks."

​After my years in the studio, traveling the country, being on various TV shows, and working along side some of the top names in the music industry from that era, I hung up my Zebra vest and leather pants and . . . you guessed it - I ultimately became a real estate agent.

Although I absolutely love music and still enjoy dabbling in recording from time to time, I can honestly say, I love real estate just as much as I love music.

And, folks, for anyone who really knows me, THAT'S saying something.

As for The Strangeloves? I still see most of my musical "brothers" on occasion, and still enjoy sharing the great memories.

​But, I've been a real estate broker for almost 45 years and now specialize in marketing homes in Active Adult communities in the Valley of the Sun.

And, as much as I love music, ​I wouldn't trade my real estate career for anything.

Nevertheless, I hope that when you're listening to some "classic rock" from the '60's, that you remember The Strangeloves.

If you have any questions, or would like to speak to me directly about anything in this post, ​just click the  Start recording  button below and leave me a voice message right from your computer. Or, you can send me an email, if you prefer.